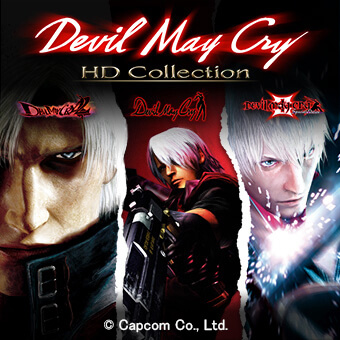 In December of 2017 Capcom announced their intentions to release current gen versions of the beloved Devil May Cry series of games in the form of Devil May Cry HD Collection; the game has just been released on March 13th, 2018. NeoBards Entertainment is proud to announce their involvement in bringing these renowned titles to PlayStation®4 computer entertainment system, Xbox One and Windows PC.

Devil May Cry HD Collection marks the first commercially released title by NeoBards Entertainment since its establishment in February of 2017. NeoBards utilized its unparalleled cross-platform production skills to complete the work towards bringing the collection, which includes the first three Devil May Cry games, to these new platforms, including designing and adding elements such as the PC version’s settings screen. Most importantly, NeoBards helped reintroduce Dante with his classic moves in this latest iteration of the Devil May Cry HD Collection, for both loyal fans as well as new players.

NeoBards currently has several other game titles in production, which will be announced in 2018 and beyond.

Created in February 2017 by a team of industry veterans, NeoBards regroups some of the excellent talents in Taiwan and overseas. Located in Taiwan, NeoBards now has 85 employees dedicating to Console, PC and Mobile platforms. The core founding partners spent more than 20 years in the game industry, worked on AAA titles for Sony, Activisions, Square Enix, Capcom, EA, Ubisoft, and more.